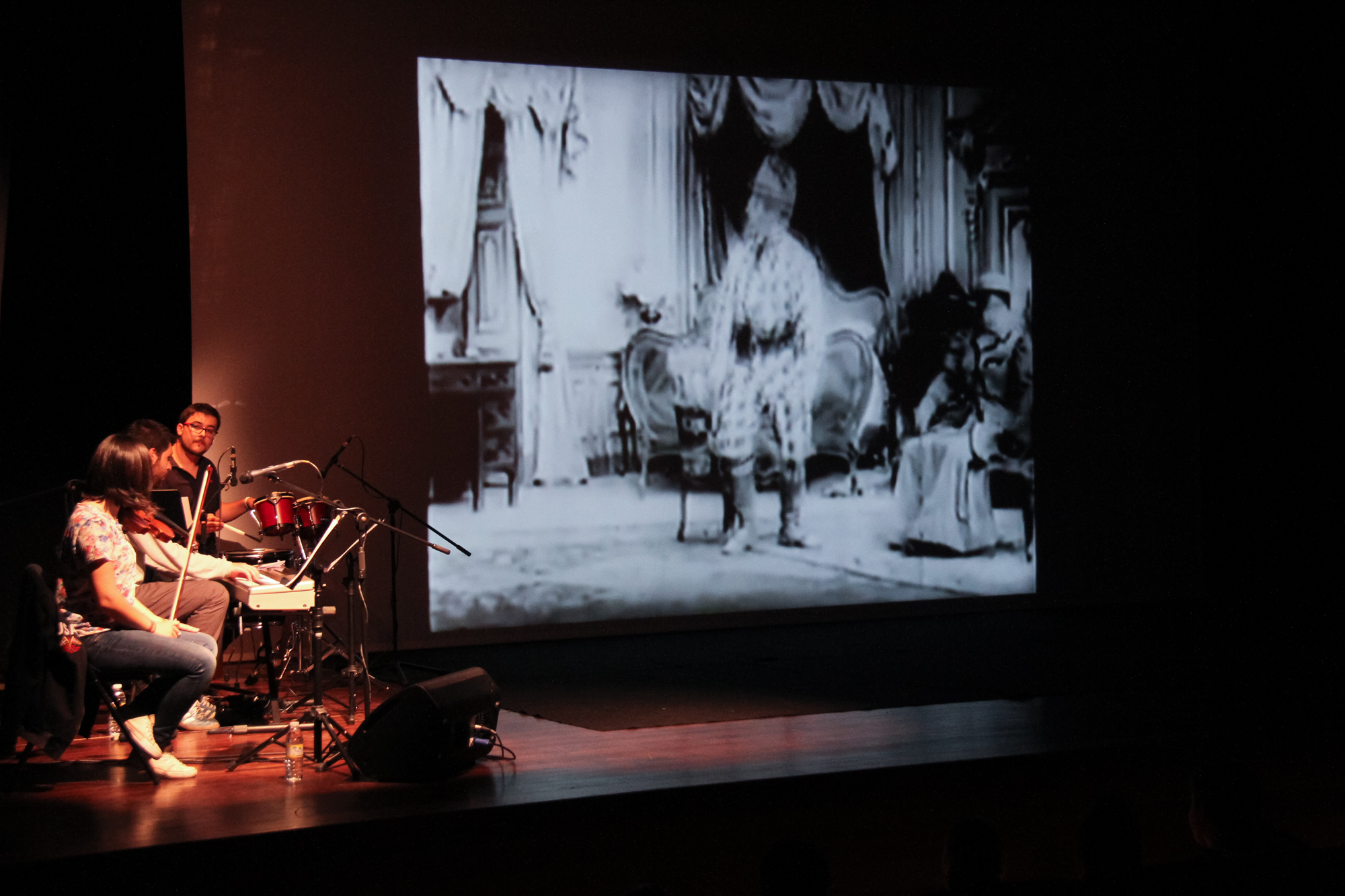 CASPERVEK: THE ORIGINS OF CINEMA

A workshop intended for family audiences in which we will be able to discover what cinema was like in its beginnings: short films, cinemas and the importance of music in silent films. The workshop will include projections and live music through which Caspervek will take us to the discovery of the main Galician and Spanish directors of those times, from the animated films of the time to the exciting world of visual effects used by the pioneers of cinema. An opportunity to approach the origins of audiovisuals in an educational and musical journey.

Caspervek is a musical ensemble that is focused on the fusion between films and music. Since its creation in 2013, it has composed and performed live soundtracks for classic film projections and performed educational shows.